Ovlac in the UK & Ireland: a decade of history 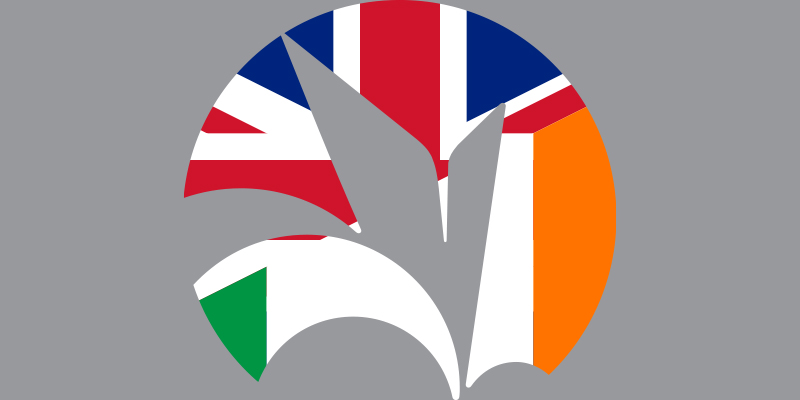 Ovlac has been working on the UK and Ireland for over a decade. Now with the integration of Nick Clark as our Salesman in the UK and Ireland, we wanted to celebrate our growth and also learn more about this demanding market and our salesman.

Ovlac in the UK and Ireland: a summary.

Ovlac has been making small steps into the UK & Ireland market over the past decade previously brought in by Reco and Halse SouthWest which got many hundreds of machines out working covering many thousands of hectares.

The Ovlac brand has proved itself to be a reliable range with longevity of machines and wearing parts.

With this natural evolution progression to further strengthen its foothold on this important market with direct contact between the end users and dealers which brings with it economics of scale with greater factory production and more hands to the deck, the future for Ovlac in the UK and Ireland is certainly an exciting one.

Agriculture in the UK and Ireland: Understanding the crops of another land.

Approximately half of the 9.1 million Ha of the fields in the United Kingdom are cropable, switching into a more direct drilling of crops while focusing on reducing costs. There´s also new purpose in the growth of crops, such as producing energy with many anaerobic digestion biogas plants.
There´s been a huge turn and increase in this kind of crops, focusing in bioenergy: those crops are used for the production of biofuel (biodiesel and bioethanol) and the road transport market mostly, leaving the remaining crops in this category for heat and power production. There´s definitely been a switch in the approach and use of the lands.

When it comes to Scotland, you need to have on account its harsh weather! Being a land of high rain fall and large mountainous areas, Scotland is a very demanding country for its crops!
Scottish farmers require some guaranteed productivity; in such a challenging country, you need security about the efficiency of the machinery you´re using, and the humble plough has been one of those products that have proven through continuous tests to be the best method for crop production.
It´s also one of the areas where Ovlac has seen the most significant growth over the last decade.

We are now seeing this spread South from the North of the country and further on down with many new dealers in the midlands and also the mixed farming area of the South West. With Ovlac having one of the largest ranges of Ploughs in Europe we are able to bespoke ploughs for a particular customers requirements.

Competitiveness in the the UK and Ireland: Growth of Ovlac in this market

Although the total market plough sales dropped a little in 2020 Ovlac managed to increase its market share during that year, this being the result of having more dealers and also machines at dealer premises for immediate delivery.

A ten year average sees overall plough sales more or less consent however as more crops are likely to be grown for other uses and not just food this we believe is likely to increase and as we further strengthen our dealer network in UK especially with the new innovative machines coming on line during the next few years, we can only forecast a bigger slice of the UK plough market. Plans are underway to expand the Ovlac portfolio into Ireland, which for Ovlac has been an untapped market.

Although the focus over recent years has been ploughs we are now starting to see green shoots for other products, disc harrows, shallow ploughs and vine yard machinery, with over 1million vines being planted over the next few years.

Nick Clark: a passion for agriculture.

“Personally; I grow up on my Grandads farm driving tractors and machinery when I could reach the pedals and even a little before that! And so when I left School the only other choice would have been Motor engineering, however my roots are from generations of farming, and so embarked on a mix of operating and repair of Agricultural machinery, attended four Agricultural colleges, kind of fell into sales when the farm I was working on brought a demo tractor for us to try, not long after this I was offered a position as a demonstrator which then over the years lead me to working for some of the top global manufactories in the world.

And certainly the last few years I have truly appreciated how lucky I am to be involved with nature and agriculture.

My hobbies and interest outside farming, I enjoy visiting countries across the world and find different cultures and scenery inspiring, also combining this travel interest with a collection of super cars/bikes which I am building up.

Ovlac: reasons to strive in the UK and Ireland.

As the Ovlac brand increases its portfolio of specialised machinery this naturally opens up more doors onto the wider international market, and with its sound family
Values which are ingrained into the production of producing machinery that the end users can be proud of, which has a snowball effect of attracting more customers.