Ovlac took part for the first time in Tecnovid, the main Spanish show on vineyard activities, which was held in Zaragoza between the 14th and 17th of February. On display, Ovlac´s new vineyard range which includes the Minivid and the Minichisel V.

This model, Minichisel V, won a special award as Relevant Innovation due to its significant advantages compared to traditional vineyard cultivators. Tines are placed in 4 rows for improved clearance but leaving from just 2 beams so that maneuverability is not compromised. The same goal is pursued with the special tines that, on top of being 35*35 mm which makes them really solid, are 7 cm higher than the standard ones. The frame is hydraulically extensible as standard for a better comfort and precision. And last, but not least at all, the Minichisel V features Ovlac´s exclusive auto reset system by rubber blocks which is 100% maintenance-free and makes absolutely impossible to get any slack as there are no turning elements subject to wearing. 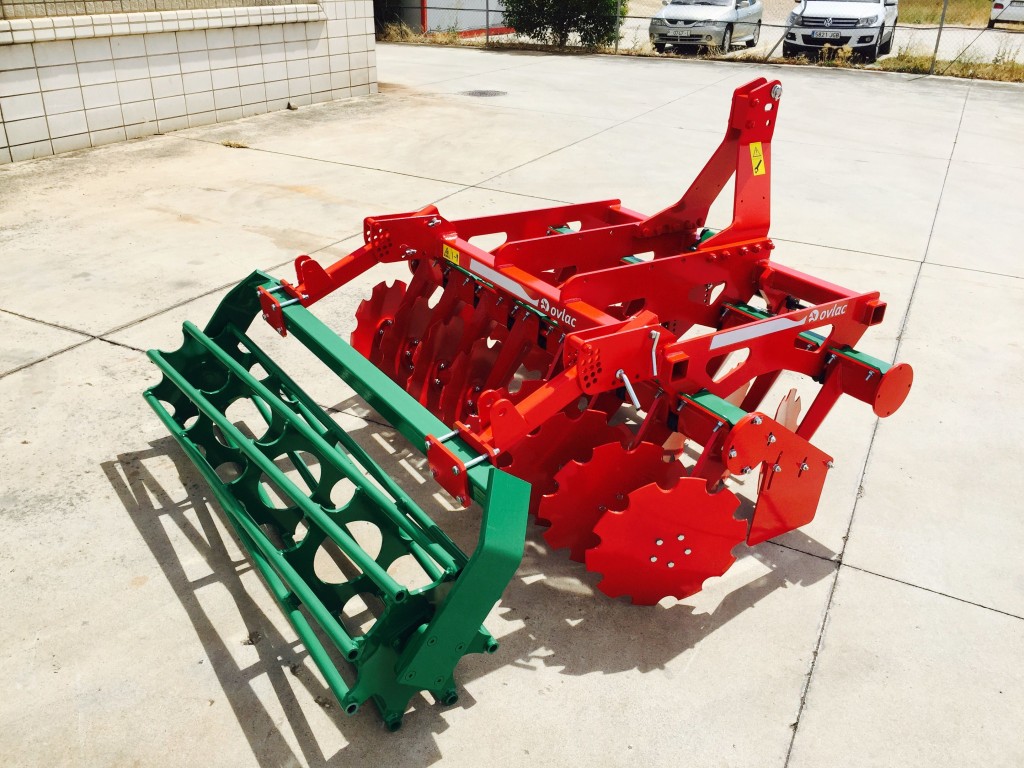 Also on display were two Minivids, the short disc harrow specifically conceived by Ovlac for vineyard after a cooperation with contractors. The main advantage of working with discs instead of tines is that it is practically impossible to get the machine clogged even with large amounts of trash. In addition, the running cost as far as wearing parts are concerned, is up to 4 times lower than with tined cultivators. 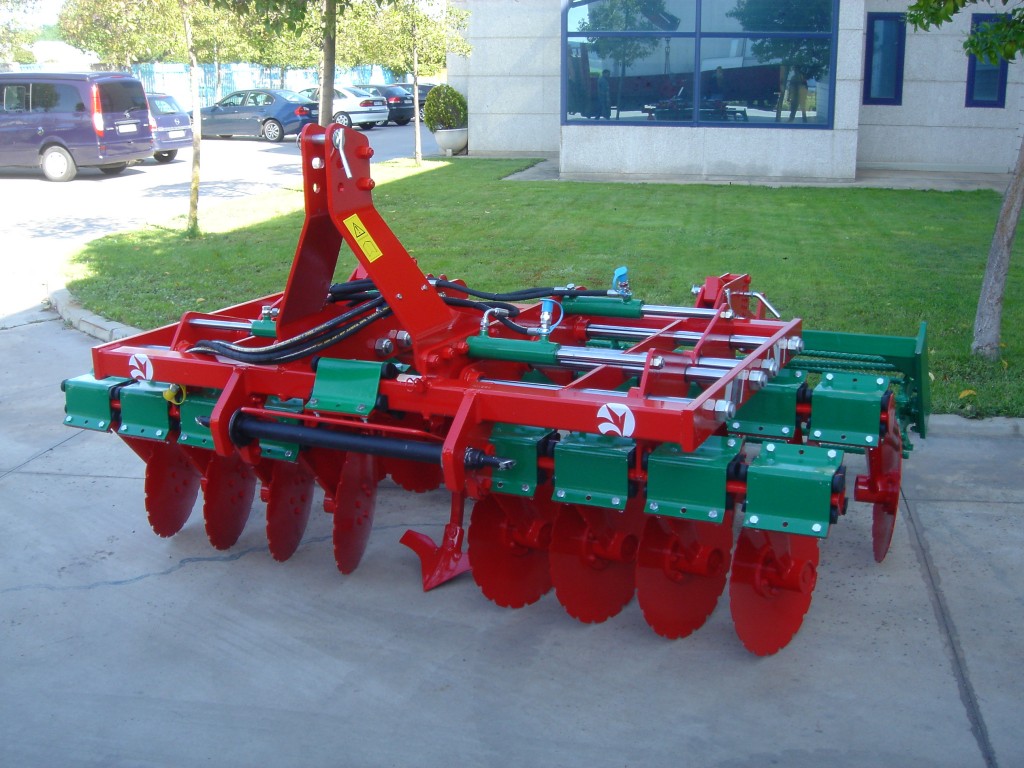 The Minivid is also available in the Pro version which features hydraulically extensible frame with independent adjustment for the front and rear rows. It is thought for contractors as well as for farmers with different alley widths.

Both the Minichisel V and the Minivid have a wide range of accessories and options to meet any demand: different rollers, tine harrows, hydraulic lifting of the frame at headlands, etc